We asked the Stage11 team to dream up their utlimate music metaverse game for the holidays, with results ranging from heavy metal Santas to exploding Mariah Carey🎄

With the holidays just around the corner, we asked our team to dream up a Christmas-themed music metaverse experience, perhaps incorporating Mariah Carey’s “All I Want For Christmas Is You” which rolls around each year, as regular as a post-holiday hangover.

Without further ado, here are some of Stage11’s Xmas fever dreams.

“I was always a fan of weird games like Katamari Damacy growing up—who wants to run around shooting people when you can roll an ever-growing ball of stuff around the world? This would be the inspiration for my Christmas music metaverse. You roll your sticky blob around neighborhoods and malls, picking up presents and decorations until you’ve restored the world to its pristine, undecorated state.

In terms of music, there would be speakers dotted about that you could absorb with your ball, triggering a new song to play. You could add a time limit by challenging players to find another speaker and start a new track before the current one finishes. If Mariah is involved, I’d make sure we use this heavy metal version of All I Want For Christmas Is You.” 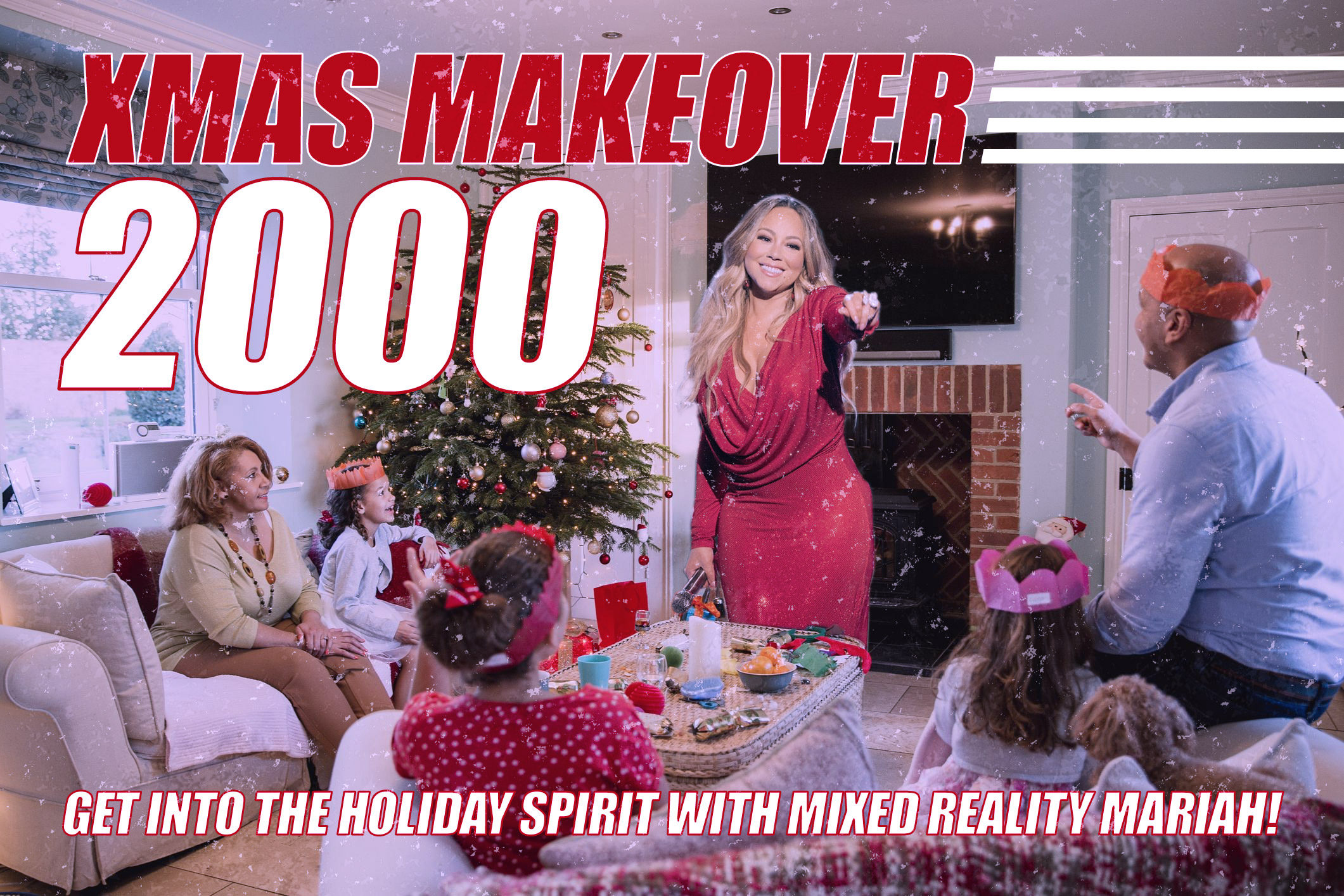 “An Xmas experience with Mariah where you and friends can decorate each other’s homes using mixed-reality filters and objects. People can try singing the classic song for themselves, and for the best singers, we will hire local decorators to deck their house out in elaborate Christmas decorations.

Mariah herself will show up at the house of one lucky player, and at 12.01AM on Christmas Day, everyone who participated would get a free mixed-reality decoration from Santa Claus.”

“I’m a huge fan of the diva Mariah, so I’d create a game where she’s the bad-ass final boss. You play as an Elf that works hard sorting gifts to be delivered to children all around the world. It’s a rhythm-action game where you are sorting gifts into the correct delivery trays in time to the beat.

If you make a mistake, Mariah will scream in your ear with her shrillest high notes—do this three times and she’ll explode your head with supersonic frequencies. But if you deliver all the packages successfully, you win a beautiful voice that will allow you to sing like an angel.”

“No man, what’s the point of any of this if you can’t shoot Mariah for creating this bloody song in the first place? I’d make a straight-up first-person-shooter. You shoot elves and then the final boss would be Mariah herself — and we’d make sure that she’d explode in slow motion at the end.”

“What about a game where you actually play as Mariah? She’s out on a quest to destroy Christmas so she never has to sing that damn song again. At the beginning she lands at the North Pole and goes through levels of the defenses Santa has set up to protect his workshop. Every time the song plays she goes feral and gets melee superpowers, destroying elves and gnomes on her unstoppable quest to kill Santa.

Then at the end, Mariah kicks Santa’s ass and discovers that Santa has actually been Michael Buble all along! The text reads: “FINISH HIM” and Mariah uses her special final move to rip Buble’s tongue out.”

Tune in to the most classic Xmas earworm of all time – we know you want to: Spotify / Apple Music / Tidal.

Stay updated on all the latest buzz in the industry and on all things 11.

How We’re Reimagining Music for the Metaverse

Our CTO Olivier Ozoux outlines our vision to create the next level of music experiences.